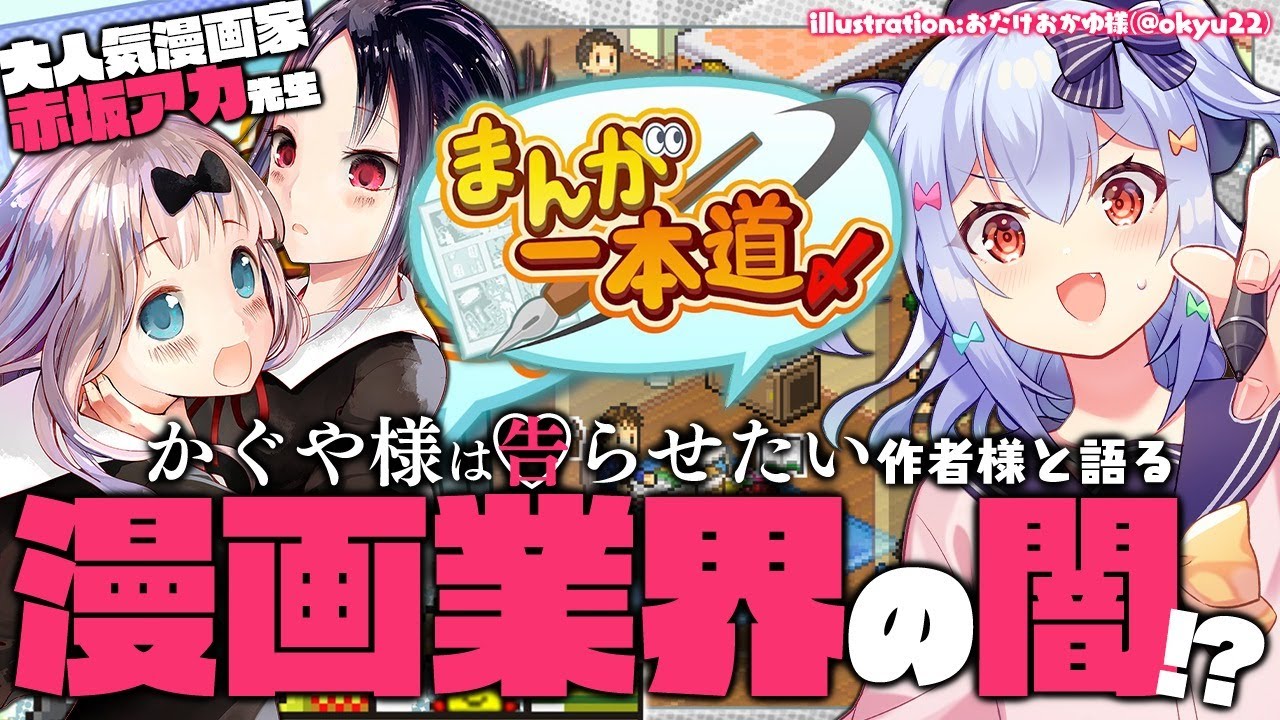 Aka Akasaka gets interviewed by Tamaki Inuyama

This is a rough summary and not a full transcript of the interview, but all the important things are covered.

Tamaki Inuyama: an independent VTuber, avatar of Norio Tsukudani, the mangaka of Himegoto.
Aka Akasaka: mangaka behind Kaguya-sama: Love is War and the writer for Oshi no Ko, in joint with Mengo Yokoyari who does the art for it.